The Slimer model is based upon the physical toy product included in some of the Playmobil toy sets.
All the other ghosts do not exist as physical toys and were created by me. The designs are partially based upon existing ghosts from the movie and cartoon series and partially entire original creations.

Pepper's Ghost effect is an old special effect of projecting a bright image or actor onto a glass surface to create a ghostly figure in thin air.

The Playmobil "Playmogram" toysets released in 2017 and 2018 made use of this effect using the smartphone as a projector. The player could use a plastic pyramid to project either a ghost or a spirit ice animal hologram like onto the surface. With a tap on the screen the ghosts could be trapped into the ghost trap or be released again. The ice animals respectively could be frozen and unfrozen again.

This is a recording of what the effect looks like: 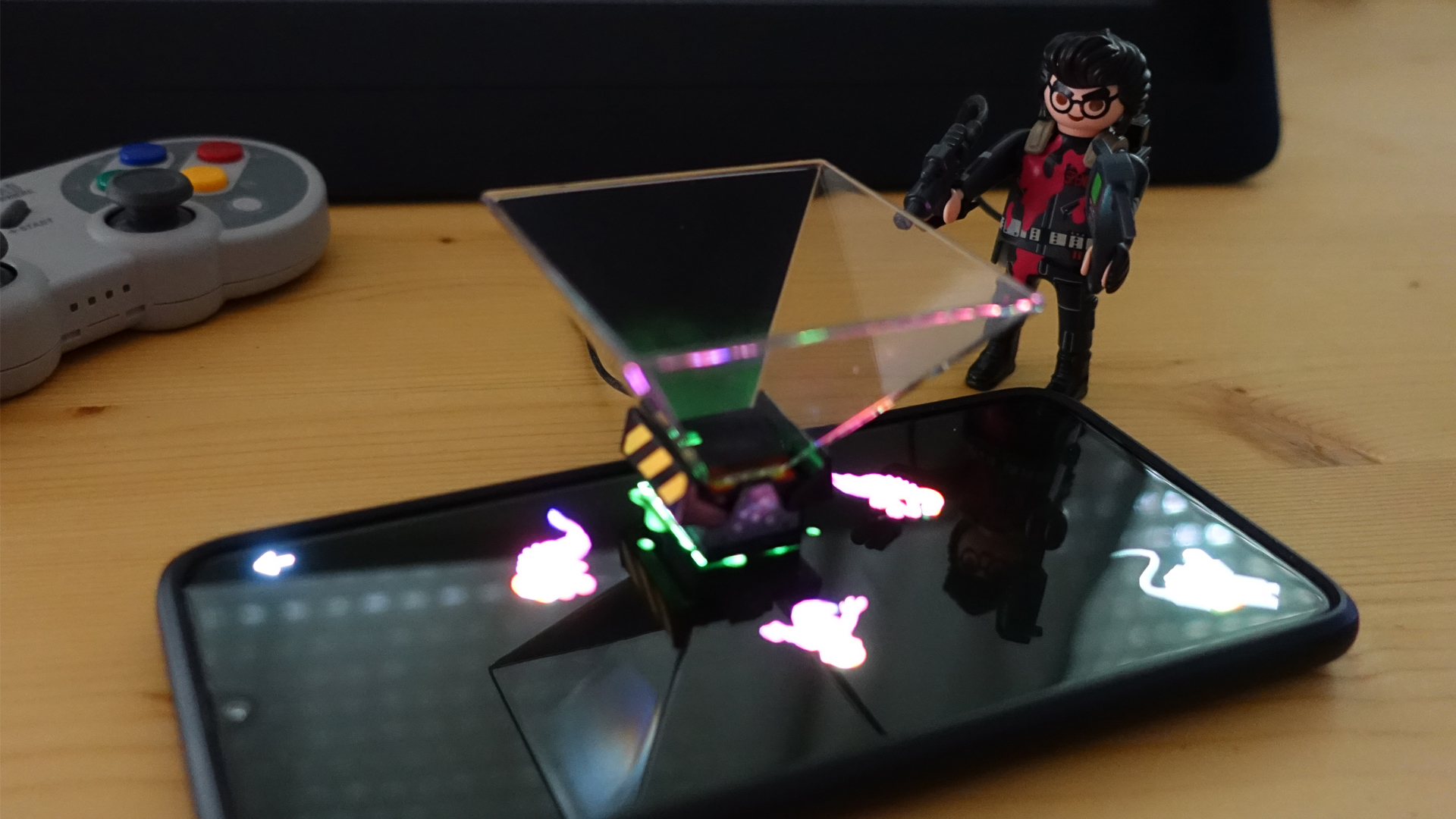 This is an HD screen recording of all the ghosts and their animations captured from a desktop Build of the Unity Scene.

Except for Slimer the models were all sculpted in ZBrush, retopolgy in Modo and Material Painting in Substance Painter. Rigging and animation was done in Maya - I only created the rigs for two of the six ghosts. The Animations and Particle Systems are all done by me as well.
Furthermore I also did all of the prototype scripting for the scene setup so that the ghosts play randomized idle versions, trigger all of their various effects and can be cycled through while all using the same ghost trap sucking-in animation setup. I am sure that the scripts were heavily rewritten by our external studio, though.

I tried to make the animations spooky enough but not too threatening as there was a constant concern that we might scare children playing with the app. So: Yes. The first ghost in the set really does scratch his butt and then sniffs his hand. That happened. 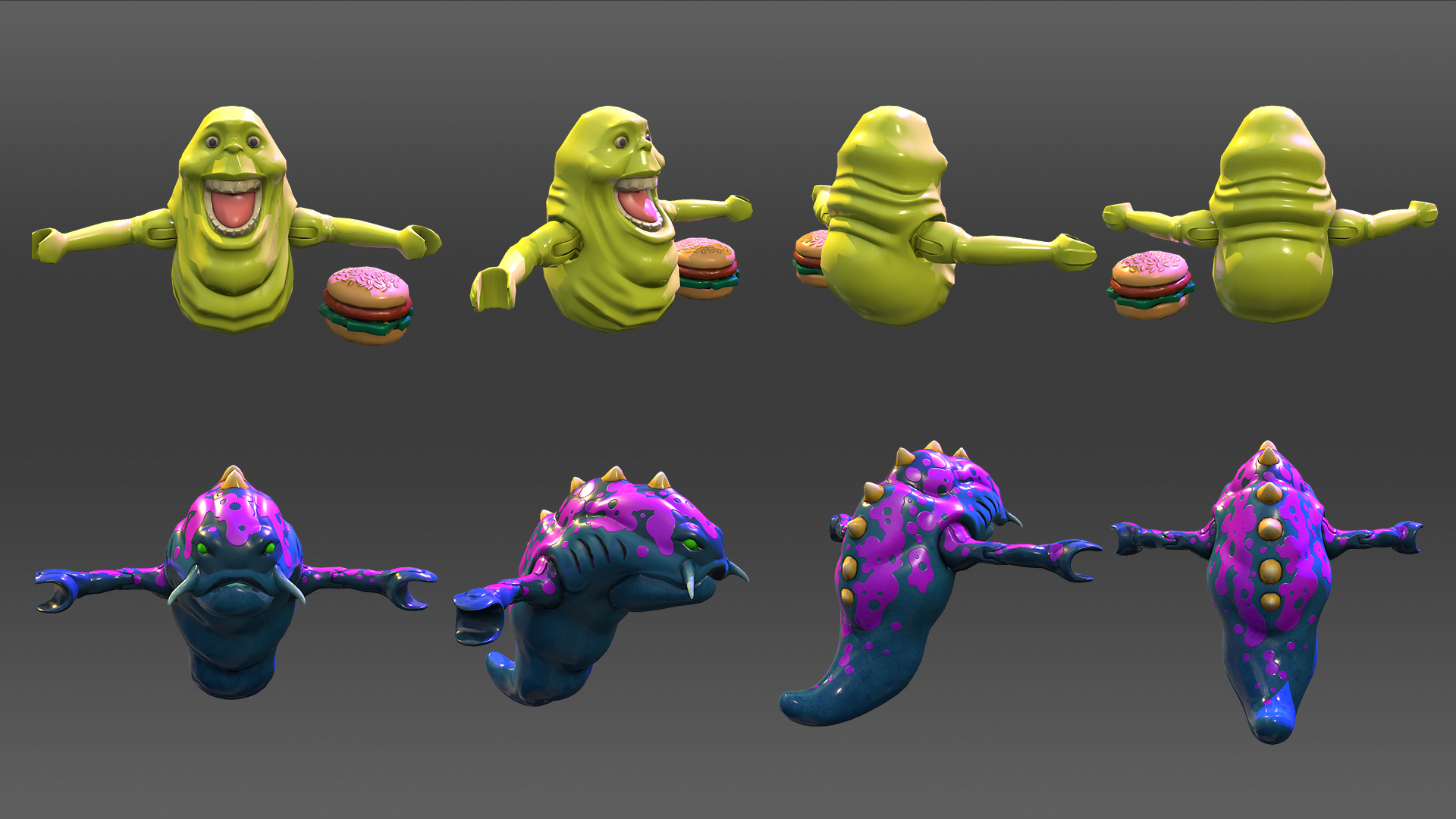 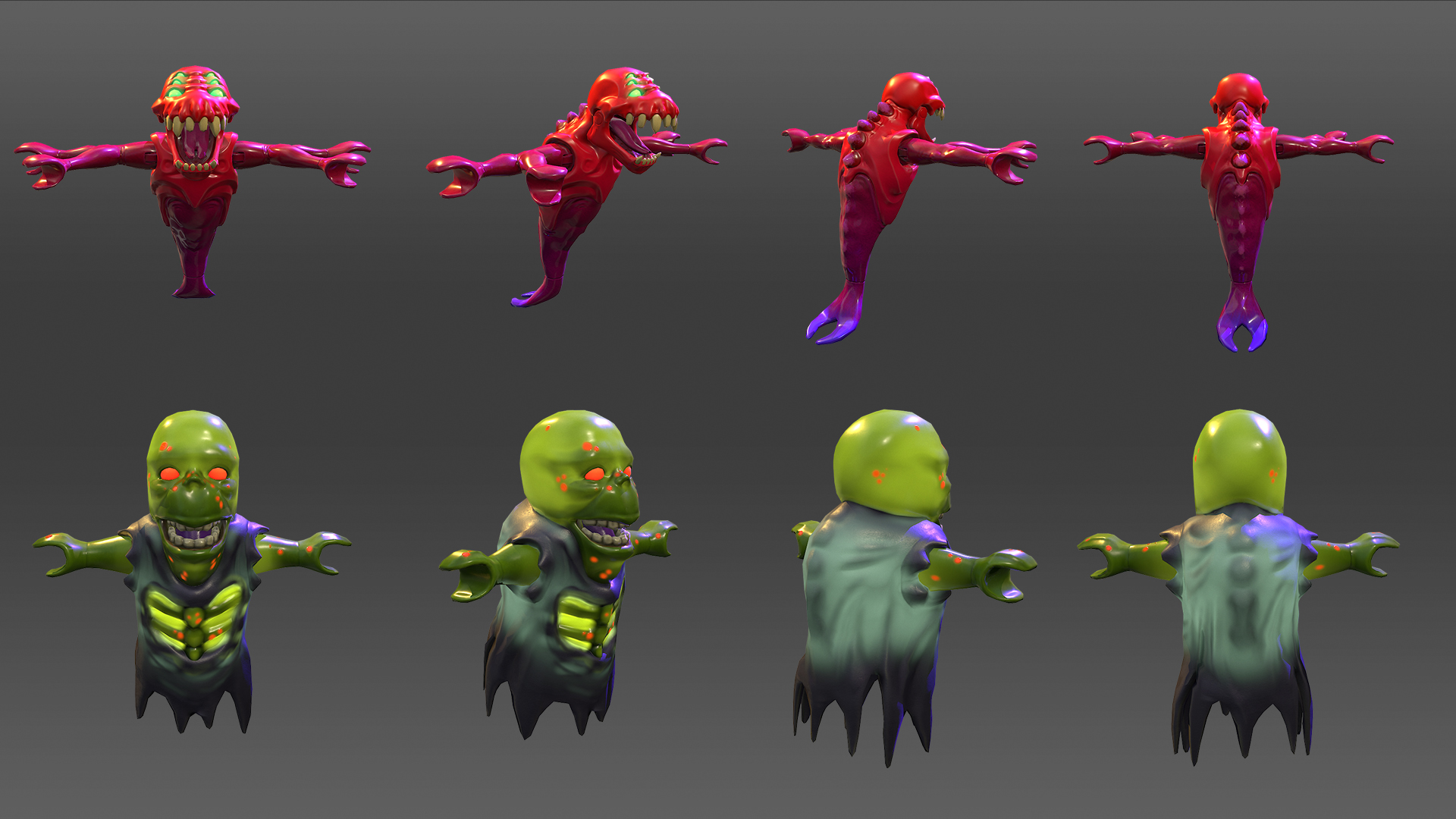 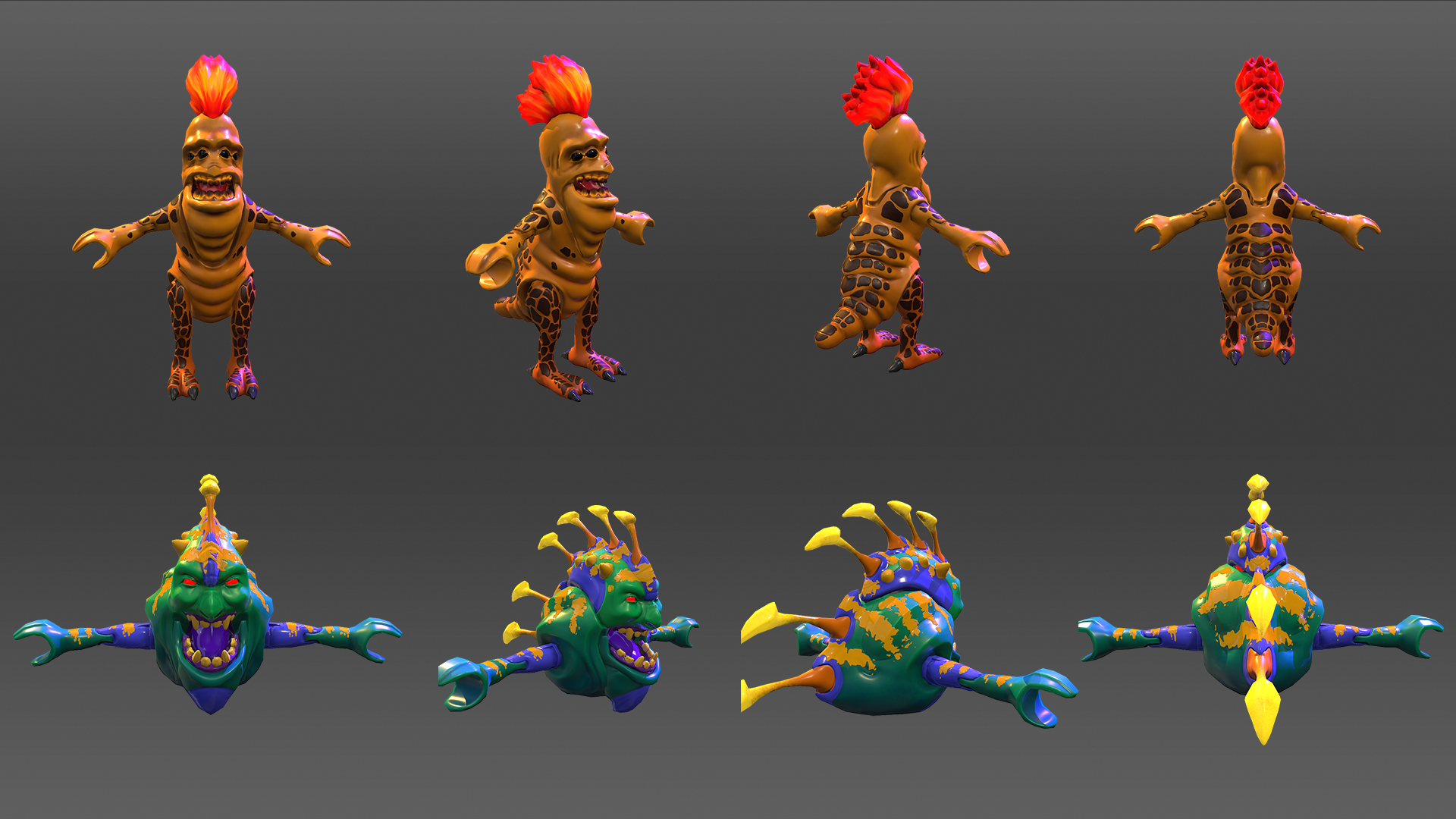 If you want to check the App out for yourself - it's available on the Android PlayStore and Apple AppStore.
While you can check out all the animations for yourself, you will need a toy set to experience the full effect, though.